Technical diving in Miami since 1990

Last weekend we hit all four vessels in the Customs Reef (150FT).   The initial team was Henry, David, and Joel, but Henry aborted on the surface due to a scooter problem.  We climbed back aboard and David and I re-dropped.  The surface current was ripping, with clear 73 degree water.  At about 100ft the current stopped, but we encountered cold (68 degrees), milky water with poor visibility, perhaps 15-20ft.  Still a good dive, I'm impressed we managed to find all four vessels in the reduced visibility!

Second dive was on the Sea Taxi (120FT), Henry and I dove, David sat out having gotten too cold on the first dive.  Lots of life on the wreck, a little better visibility and not too much current.  A massive school of sardene like fish surrounded the wreck and were great to watch as they flowed around the site. 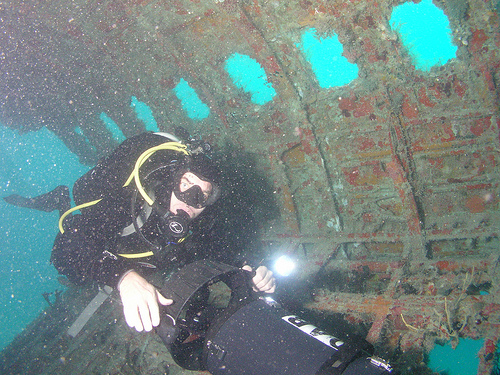 That is David in the picture, photograph by Matt.  More pictures in the photo gallery.

The tail is sitting in about 115FT.

Despite 3-5FT seas and 20 knots of wind, I couldn't resist going out yesterday and doing a sonar survey on the new 727 tail section numbers Matt found.

For reference, here is the Ultra Quiz, a wreck listed as a 30FT houseboat (it is actually quite a bit bigger) located near the 727 wing box: 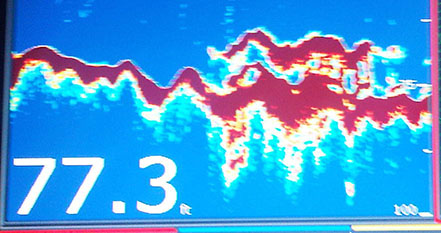 Here is what I found on the 727 tail section numbers: 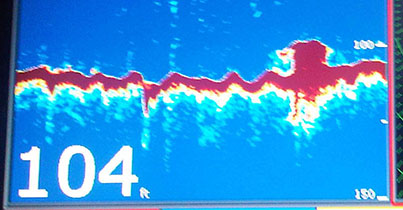 Intriguing, huh?  Looks about 8ft high or so, just about right.

Based on the LIDAR survey from Florida Near Shore I found one more target about 150ft NW of this point: 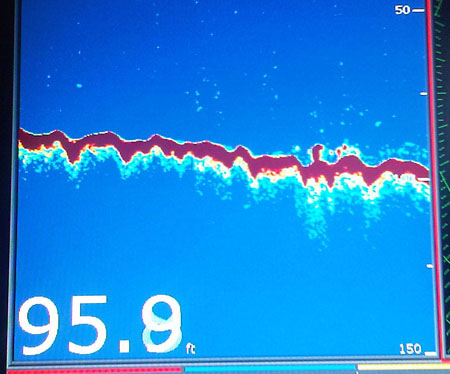 That is pretty small, but worth a look; might be more wreckage.  It is also possible that this is really what is left of the 727 tail section, and the other numbers are for a 40 houseboat that is also supposedly in this area but has not yet been located.

We definately need to dive this site to see what is there!